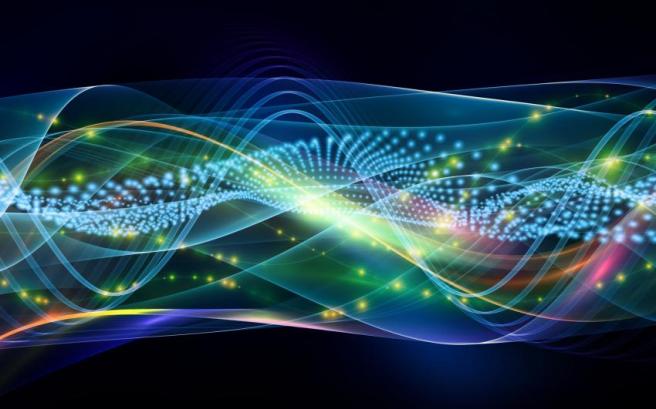 Ever since the dawn of mankind, in all civilizations, there have been certain individuals that had ‘the gift’ and were able to “heal” by various methods, such as prayer, laying on of hands etc. These people were said to have the “power”. This so-called “gift” or “power” is what would be called scalar energy today, scalar energy exists everywhere, scalar energy is life itself. The “gifted people” were able to focus and direct this scalar energy to do a specific job. Nikola Telsa knew about scalar energy, he performed many experiments using scalar energy.  Albert Einstein said “Everything is energy, and that’s all there is to it. Match the frequency of the reality you want, and you cannot help but get that reality. It can be no other way. This is not philosophy, this is physics.”  In radionics I believe we are “matching the frequency of the reality we want”, as Albert Einstein said. Modern science is beginning to understand scalar energy through the study of quantum physics, but much of “modern science” is still stuck in the Newtonian model of the universe, which doesn’t include scalar energy.  Unlike other forms of energy, scalar energy does not lose its potency over time or distance, which is why in radionics you can balance someone’s energies even though they may be on the other side of the world, using a photograph, blood spot, fingernail, a lock of hair that was taken from the subject many months or years before ( the exception is blood which turns rancid). The reason many people don’t believe that scalar energy exists is that if you only use your five physical senses you wouldn’t know scalar energy was all around you and in you. Scalar energy can’t be measured, weighted with conventional instruments. Think of yourself as a fish and scalar energy as the ocean.

Our DNA is an antenna that receives and broadcasts scalar energy. Our brain is not a huge warehouse that stores everything that we know, it is the “interface” that connects us to what some refer to as ‘Infinite Intelligence”, where we are able to access the information we otherwise would have no way of knowing about. We are also able to send information the same way. We can connect energetically with every other living thing in a sea of conscious energy called scalar energy.  Every cell in our bodies is affected by scalar energy, and so is water, our bodies are about 70% water, so saying that scalar energy is “life”, I don’t think is an exaggeration.

Scalar energy is sometimes referred to as “subtle energy”, but there is nothing “subtle” in the amount of energetic power possessed by scalar energy, we can’t even compare it to anything that we know of on earth or our solar system, that’s how powerful it is. It has been said ” there is more energy in one cubic centimeter of space than we can comprehend.  Even though scalar energy cannot be seen, almost everyone has had experiences with it, for example, you think of a person you have not seen for a long period of time, and within a few minutes that person calls you on the phone, or you get a sudden “feeling in your gut” about something, and it turns out to be true, even though you had no way of knowing about it.

In radionics as with all energy medicine, we interact with scalar energy. In radionics we can measure this scalar energy, one way is with a rate, the rate 2-76, for example, is the rate for the heart, another example would be if you were dowsing to determine which fertilizers, soils, nutrients would be for some tomato seeds that you want to plant. You have no way of knowing the answer with your conscious mind, but when you put a favorable nutrient, soil, fertilizer in the radionics instrument with the seed the General Vitality of the seeds will increase, likewise if you put something that’s detrimental to the seeds the General Vitality will drop. You may have never planted tomatoes before, and have no idea what to use to make the tomatoes grow well, but the information received through scalar energy knows.

I won’t go into long scientific explanations of scalar energy, and how it works, because frankly, I wouldn’t understand it myself.